It won a Silver Medal in the Picture Book category and the Gold Medal for Children's Fiction.

My book was a Finalist in the Picture Book category for the 2020 Connecticut Book Awards. 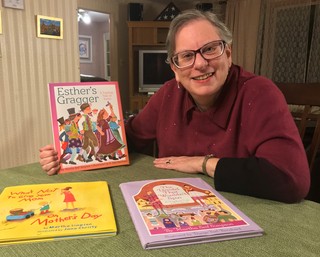 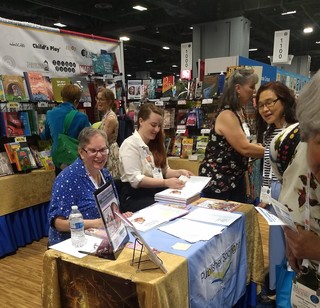 Signing Esther's Gragger at 2019 ALA Annual
ALA Conference Interview, June 2019

This was filmed at the Publisher Spotlight booth during the 2019 American Library Association Conference. The sound is a little wonky with all the background noise, but you can tell how excited I was to have my first ALA signing! 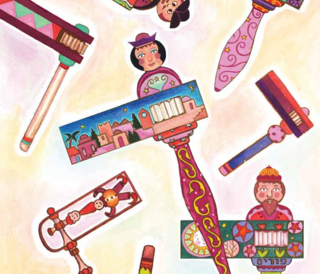 Click here to order the book from Indie Bound 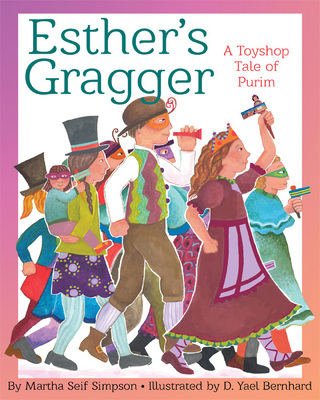 ACTIVITIES TO GO ALONG WITH THE BOOK

From the interview in Foreward Reviews:

"After The Dreidel That Wouldn’t Spin was published, I wanted to write another Toyshop Tale. I immediately thought of a gragger, a toy that is used as part of the Purim festivities. Next, I had to come up with a plot.

To me, the biblical Story of Esther has always been about how a brave young woman stood up to a bully in order to save her people from destruction. But how could I translate this theme into a story for children? Sadly, bullies still exist and many kids encounter them. During Purim services, when the Megillah is read, we spin graggers to drown out the name of wicked Haman whenever it’s mentioned in a symbolic attempt to erase evil. That gave me the idea to have a girl named Esther use the noise of a gragger to chase off a large boy who threatened her.

I wrote this story four years ago. Since then, the national climate of violence and intolerance has become even worse. I hope this story will resonate with readers of all beliefs, cultures, and lifestyles. To quote the shopkeeper, “We must never be afraid to take a stand against cruelty.”

FIVE STARS FROM FOREWARD REVIEWS!
Explore the history and traditions of the Jewish holiday of Purim in this modern-day tale of wisdom and courage set in a village toy shop where, just like Queen Esther, a little girl stands up for what is right. Create your own noisemaker, or gragger, from an old milk carton or make a tambourine from paper plates and join in the lively celebration, filled with food, drinks, friends, family, and lots of love and laughter.
Reviewed by Pallas Gates McCorquodale
January/February 2019